When you enter there should be a decorum- leaving our political and religious views at the door. This is the ‘key’ and we must embrace this otherwise the ‘Unity’ everyone seeks is lost.
Let me help translate: We can notice differences between political parties and religious orders but we all eat, drink, sleep and produce fecal matter. We may hold to different tenet’s, conviction’s and deities but we all breath air, need clean drinking water and thrive from organic whole foods. While, we all practice some sort of meditation, exercise and relaxation, we all might have our own way; in which, we go about living our individual lives. If, someone asks you to guide them in spiritual issues, counsel them over various problems, certainly, that can and should be done in private, for everyone’s sake.
You think the Bilderbergers have problems like this? And because of that they get stuff done- like rule the economic world..? Nothing get’s accomplish because everyone cannot agree on everything – And agreement is very necessary in Magick. And, most definitely, if you involve yourself, the involvement and practice of Demonism; and you do not have agreement, you will, eventually, end up dead and worse, survive and end up burying your comrades, all because of your broken circle.
This is serious business and I was born to exorcise the demons and cast out devils. None of us is perfect- in the sense of our man made rules and neither in the wolds of nature but we are perfect expressions of creation. Maybe you are confused by what I’m saying or maybe you don’t understand why I’m saying this..?
Malleus Maleficarum

For almost two thousand years we have been taught to fear everything the church did not want us to know, think and/or believe. It is natural for Dragons to fight and bicker as infighting is a natural defense mechanisms caused from multiple acts of racial segregation, eugenics and genocide. 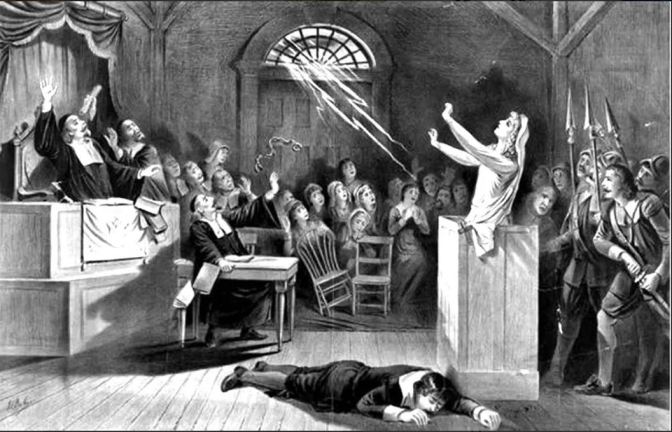 Is it any wonder why we cannot get along?
We’ve back-stabbed each other, lied to each other, turned on each other, betrayed each other, stole from each other, raped each other and killed each other.
We Dragons are a nice bunch- You think the Catholic church was behind the Inquisition, and sure enough they were but… Who allowed them to Crush the Kingship and Hammer the Witches? We did it… And willingly so. It is evident, why, by nature we do these things and act this way. We are all sovereign, free, moral agents and co-creators on the Earth.
That is why it’s Every Elf for Them Self.
By our very nature we have been seduced, beguiled and lulled asleep. And, suddenly, bereft we awaken to find… That we have been robbed and stripped naked. How do we find dignity in our shame, that we, perpetuated and brought upon our selves? This why I love Nicholas de Vere and his work, ‘Dragon Legacy’ (preferring the e-book) that he in fact wrote.
Anyone who reads his work, knows that we cannot lack within ourselves and achieve a High-ward state of being, Budd-ha- enlightened mind. Before we can explore true magick, we must explore our self and what do we find? If an exorcist is a liar by habit and attempts to bind and cast out, he may find himself in a dilemma, yeah a loss of ‘authority’.
What is authority and how do I know I have it and how do I know who else has it? If you’re asking this question, you might need some time, to think about it and explore a little, until you find it. I could write twenty books and still not have any authority. Why have I been allowed to do the things I have done, many times in my life?
Authority.
Why did the false Apostle Paul’s ministry stick around the Mediterranean Sea again? Oh yeah, could it be that it was the tourist mecca of the known world at the time?? How else could he have afforded his rich lifestyle and enjoy the benefits and privileges that came with a Roman citizenship? How else can Mark Pinkham, travel to all the exotic places on Earth and afford to have time to learn the Mystic teachings of the native, supposed Dragon rituals?
Off the backs of the bruised- this is not the Dragon Way.

If you do not know this or you cannot recognize this truth, I wonder how many of you are actually and truly a Dragon to begin with. Yes, some quiet meditation and self reflection, just might be in order… And I certainly, do not want to rain, on anyone’s parade but it must be said, not everyone can be a Dragon but everyone can benefit from the Dragon.
No act of trickery was performed, no deception was engendered, no proverbial wool was pulled over your eye’s!
Who does Lucretzia represent, you birthed her existence, so you ought to know- You say she mocked rape and that was so wrong? Why, many of you were all for Rape before I came along..?
Come Izzy, Come Thursty, Come Steffy and Hear the tale of Lucretzia Plantagenet!
The rape of sacred principals for a dime, peddling out spiritual rituals to all comers.. Casting Dragon Pearls of Wisdom before Swine and all who are willing to pay for it!
And you wonder why ‘I’ or anyone is pissed off? Hypocrites!

Nothing that has transpired in the past two-three weeks was planned. Inspired to happen, maybe… but not planned at all- It happened because of greater and higher forces that many of us never glimpse.. Lucky you! For many of you, in this group, did in fact witness these forces in action and beheld, if for only a moment, the divine finger of God.

I woke up Friday the 13th, with no mind, to say anything to anyone, certainly, I could not have foreseen the events that would later that day take place. I wonder if that’s how Jacques de Molay felt that day he was burnt at the stake? Maybe you saw them flying around, maybe you heard the music and beautiful singing, maybe you felt them ringing out- The Archons in the room?
Yes Friday the 13th past was a day of Victory and Vindication for the authentic Templar’s and Grand Master Jacques de Molay!

One thought on “Hammer the Witches!”

This site uses Akismet to reduce spam. Learn how your comment data is processed.