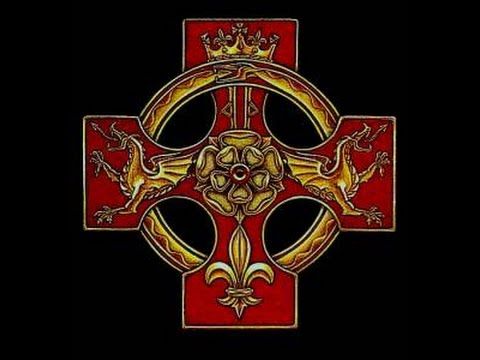 To whom it may concern:

As we’ve taken valuable time to write this missive, we request the necessary value and weight be given to the following statement;

Concerning any and all donated and extended ‘titles’ in Nick’s own words, “The Dragon Court never granted ‘titles’ to anyone.”

In order to quell any argument, let us clarify the issue. Any claims or assumed granted  ‘title,’ position or job related to Dragon Legacy, came solely from the ‘Sovereign Grand Duchy of Drakenberg IBC(and ‘would-be’ NGO) and not the Imperial Royal Dragon Court & Order.

Since Nick’s untimely death, Companies House in the UK assumed control of the ‘Entity’ registered as the ‘Sovereign Grand Duchy of Drakenberg IBC (NGO)’ and any and all of its assets were liquidated. This means that the effects of ‘ALL’ claimed or assumed granted ‘titles,’ positions and/or jobs were rendered null and made to no effect, to be absolutely clear, they were nullified and rendered benign.

That’s right, none! Zero, nadda, no, not one title was granted or issued by the ‘Imperial Royal Dragon Court & Order.

Beside the gaggle of ‘Legal’ reasons why there aren’t and were never any ‘titles’ granted by the Dragon Court, Dragon Sovereignty and/or Dragon Society, any supposed, claimed or assumed ‘titles’ are, as a matter of fact, non-existent.

Of course, the main reason why there are absolutely no ‘titles’ is dual-natured:

(1) Nick (aka HRH or HH or HRIH Prince Nicholas de Vere alias de Vere von Drakenberg) rescinded everything prior to his death on February 26, 2013.

(2) Nick died on February 26, 2013. Every, title, position, job, endorsement, request, contract, agreement all died with him and any and all Content, Property, Publication and any and all other Assets held by Nick passed to other family members, now resting under the sole authority and auspices of Nick’s daughter, Abbë Weir.

As of February 26, 2013, the non-corporate, non-joining, Imperial Royal Dragon Court and Order (including and not excluding all of its parts) conferred hands into the hands of Abbë Weir.

The Issue At Hand: “Vampirism”

Nicholas never endorsed, instructed nor prescribed to anyone, including not excluding his fans, his followers and/or his readers the practice of drinking blood. On the contrary, Nick warned all members under Martin Lunn, Grand Master of ‘Societas Draconis’ aka the ‘Dragon Society’ (circa 2004) that working the ‘Royal Rite of the Vampire’ had vital and crucial hereditary genetic requirements pertaining, specifically, to the drinking of menses in contradistinction to the crass use of blood-letting by angsty teen-age gothic vampire nonsense posted on YouTube.

Placing the emphasis on how dangerous it is to actually drink blood while lacking the necessary vital hereditary elements would cause permanent brain damage and lead ultimately to death.

Symptoms:
Creutzfeldt-Jakob disease is marked by rapid mental deterioration, usually within a few months. Initial signs and symptoms typically include:

As the disease progresses, mental symptoms worsen. Most people eventually lapse into a coma. Heart failure, respiratory failure, pneumonia or other infections are generally the cause of death. Death usually occurs within a year.

Nicholas never told anyone to endanger themselves in such a way.

It’s simple, ingesting and imbibing literal blood, lacking any medical research into your origins (forget the work required) and more specifically, the inherent genetic requirements, highlights a clear lack of knowledge and is downright dangerous to one’s health and wellbeing- Good luck finding a medical doctor possessing an appropriate PhD in medicine, willing to help you find out if you’re genetically qualified to drink blood!

These ridiculous claims made by the so-called ‘enlightened draconian’ concerning a ‘New Draconian Era’ while lacking the formal, civil or moral empathy, honour, and/or respect demanded by the immediate family and current heir of the Dragon Legacy defies belief in the eye’s of said family; Displaying a level of arrogance, covetousness and quite frankly, a fascist tendency that is openly hostile towards the new paradigms current family research is focused on manifesting.

This is exactly what Nick resented most.

The sheer arrogance and disrespect to the Inner Order and Divine Feminine cannot be overlooked or understated.

Of True Vampirism, Nick said (in Transylvania to Tunbridge Wells- Chapter One: The Origins of Vampirism),

“As Professor Margaret Murray discovered herself, vampirism was not the prerogative of the merchant or peasant classes but was a cultic observance confined to the environs of the nobility, often as an adjunct to rites of the Noble and Royal Witch Covens of Scotland.

We can say with confidence then that real vampirism (the Royal Rite– Rite of the Vampire) was indulged in by living beings who, unerringly, were members of the pre-Christian and anti-christian high nobility and royalty. The most famous vampire stories, those of Dracula, Bathory and de Rais, support this conclusion. The historical evidence, therefore, supports the etymological origin of the word ’vampire’ – An Overlord.

Vampirism, up until the early 1700’s, by which time it had been in decline for several centuries, was not merely or solely the practice of a few isolated, high-born opportunists seeking some form of personal advantage or satisfying private perversions. Vampirism took two forms and the bloodline descendants of the ancient vampire lords had, in Britain, set the practice within an overall, multi-faceted social and cultural framework, stemming from the Iron-Age, that never gets an airing in the Gothic novel.

Vampires weren’t just vampires, as the penny dreadful would have us believe, they were individuals and families who used the practice to achieve specific aims and thereby fulfill those specific social obligations which, since the Scythian-Celtic period of the High Dragon Kings, were equated with their rank and position as leaders and overseers.”

And later in the same chapter we read;

“As we have discovered, the vampire – as a “witch” – belonged by genetic inheritance, to a distinct royal caste in Scythian-Celtic society, that of the priest-king or priestess-queen, the prince and princess-druids who had evolved very early on in human social history and who belonged to a Eurasian-wide hereditary priestly community which had originated with the Scythian-Aryans.”

Ref. “this very big Dragon war that is coming… ”

Nick expressed a great degree of foresight when he wrote:

“How long do we have to suffer the impudence of empty vessels who label as either good or evil, black or white, an ancient family tradition that they can’t understand, are not and never can be a part of, and yet pontificate about anyway? These chattering fools know nothing and yet their stupidity adds yearly to the misrepresentations of and misconceptions about ancient Royal doctrine, made by outsiders, in the Dragon Family’s name.”

(In this year 2018 ‘outsiders’ are determined as being anyone operating beyond the auspices and authority of Nick’s daughter, Abbë Weir)

Let no “jobbing gods who became the genii locus or pagan spirits” (~Nick) trouble us, not now, not ever.

This site uses Akismet to reduce spam. Learn how your comment data is processed.